The Stella Hotel and Ballroom is an 80 room full-service hotel and ballroom located in downtown Kenosha, Wisconsin. The 100-year-old building has been transformed into a beautiful hotel and ballroom which previously was the Heritage House Inn and before that was the Elks Club, then prior to that the Pettit Malting Company.

Throughout the years, this building has welcomed celebrities, famous restaurateurs, and government dignitaries traveling to Kenosha. 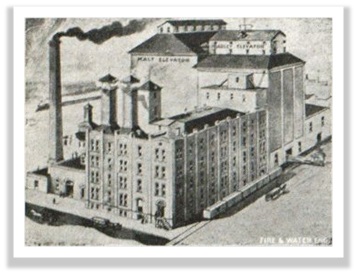 Recognized as the oldest malt house in Wisconsin, the Pettit Malting Company was established in 1857. The original building held 50,000 bushels annually, but as business expanded and demands grew, the plant was torn down and replaced by a new one with the capacity to hold 300,000 bushels. By 1885, the business continued its growth with capacity being increased up to 600,000 bushels per year. In 1888 the building was expanded to three stories in height, the first floor used for malting, the second level as a steep room, and the third for storage space.

The business was well known for their high quality of malt and had various clients in both Milwaukee and Chicago area using their product for their brewing recipes.

In 1914, on St. Patrick’s Day morning, the building was destroyed in a massive fire lasting for several days. 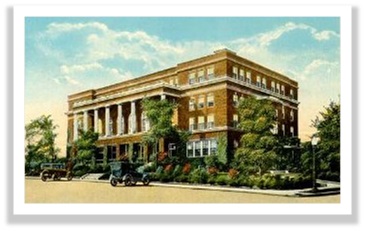 The Kenosha Elks Club was a chapter of the Benevolent and Protective Order of Elks, an American fraternal order founded in 1868. Construction on the building began in 1916 after the Pettit Malting Company burnt down in 1914 and was formally dedicated in January of 1919.

The finished building featured a hotel, a swimming pool, and numerous dining facilities. The club hosted numerous special guests during its years of operation like the talented Mel Torme, a famous jazz musician. The club experienced financial problems and in 1990 the building was sold and became the Heritage House Inn. 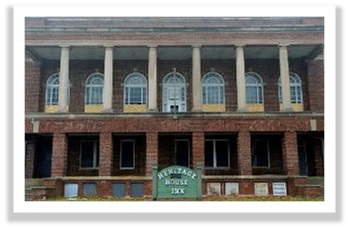 In the mid-2000s, the banquet hall closed and the property was abandoned. In 2011 the building experienced a small fire damaging the second-floor ballroom and a couple of dining rooms located below.

Today, The Stella Hotel & Ballroom combines sophistication and unique contemporary design while staying true to its original early 1900’s details. We welcome you to take a peek at the architectural details of the original structure, listed on The National Register of Historic Places, to see what has been preserved and re-imagined throughout our hotel. Some preserved items include the reconditioned wood and terrazzo flooring, support beams, and exposed brick throughout the building.

The hotel and ballroom deliver the same feel as it did over a century ago, making it the most sought-after and only full-service hotel in downtown Kenosha.

An oasis located in the heart of downtown Kenosha, The Stella Hotel & Ballroom offers the utmost in hospitality with refined guest rooms, several dining options, and attractive meeting spaces for both business and social use. Just blocks from beautiful Lake Michigan and the Kenosha Harbor, guests can explore downtown Kenosha’s art venues, specialty shops, galleries, restaurants, bars, and craft breweries.